We are all going to die. But it shouldn't be caused by each other. 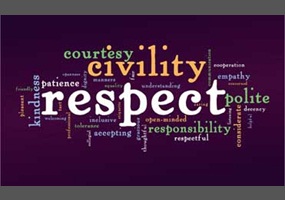 On Friday , March 14th (yesterday), I went to work as usual, then headed home, as usual. Those were about the only typical parts of the day. Throughout the quiet day in Chicago, I was extra vigilant about what I touched, extra aware of the people around me, and spent extra time cleaning surfaces and washing my hands.

A quieter than normal day, I had more time to think. I thought about all kinds of things, really, but one of the main things on my mind was likely the same thing on the minds of millions of others- the coronavirus.

The media, our employers, local, state and federal governments, foreign nations, and us- the common people- all are talking and thinking about it. Each of us with widely varying degrees of concern. Each of us with different opinions.

Obviously, there's cause for concern, I think most of us agree. How much concern? Nobody knows the exact answer, but, in my own words, I think that it goes something like this:

We should be aware that a newly mutated sickness (that's being studied at a frenetic pace to find a cure/treatment) that is spread easily, especially destructive to the health of certain segments of our society (namely the elderly and the immunocompromised), but affects most of us like the common flu, and that we should continue using (or begin if we are not already) our hygiene common sense, while limiting our non-crucial social interactions. Panic, hysteria and hoarding are extremely detrimental to our health, and, in this case, counterintuitive to slowing the spread of the virus.

With that said, I may be way off, but I don't think so. As a Human Race, our people have survived such unthinkable pandemics such as Bubonic Plague, Ebola, HIV, Influenza (Bird, Swine, and hundreds of other scary sounding mutations), plus many more, and society has survived for hundreds of years!

Have people died? Of course they have- people die all the time, and always will, just as people are born all the time. We were all born, and we will all die.

Below is a sampling of different epidemics experienced on Earth, the disease origin or region(s) affected by it, and the death toll from each. I hope to shed some light with these examples, and put COVID-19 into a little more perspective. Many may find these numbers staggering. (Statistics collected from a variety of sources, including CDC, WHO, Wiki, and others - bibliography available upon request)

Upwards of 200 million people, or SIXTY PERCENT of the populations of Europe, Asia and North Africa succumbed to the Black Death Plague from 1331 - 1353.

Somewhere between 5 and 15 millions Mexican lives were taken in the mid 1500's by the Cocoliztli Epidemic of 1545-1548, now thought to be caused by a Salmonella strain.

In the year 1616, in Southern New England, an estimated 30 to 90% of population passed away from a pandemic of 'unknown causes' in what's now known as the New England epidemic, which lasted until 1619. Latest research suggests epidemic(s) of leptospirosis with Weil syndrome.

Back in 1900, 113 lives were taken in San Francisco where the Bubonic plague broke out, running for 4 years.

Between the years of 1968–1969, approximately 1 million people worldwide were killed by the Hong Kong Flu.

From 1920 to the present (a 100 Year-span), 32 million+  people worldwide have died from the HIV/AIDS pandemic, originating in the Congo Basin.

These numbers represent a wide range of the longevity of different diseases, death tolls of diseases, spread and containment of diseases, and MOST IMPORTANTLY- the progress made since the early ages where people could only watch helplessly as friends, strangers, and loved ones died from unknown and unfightable forces.


Today, we have hundreds of thousands of people- Scientists, Doctors, Engineers, Physicists, and other Specialists- and Organizations, who devote all of their efforts to working at preventing pandemics (like the ones listed above) from decimating our population like they used to. They are using Science, Technology, Engineering, Math and everything that we've learned from these past casualties, to increase our chances of survival.

"The Director-General of WHO said yesterday that Europe has now become the epicenter of the pandemic, with more reported cases and deaths than the rest of the world combined, apart from China. Many countries are now acting on the eight pillars of WHO’s Strategic Preparedness and Response Plan."   - who.int


There have been germs, viruses, and bacteria since before we existed. Perhaps we were created by a mutation of one. Perhaps WE ARE THE DISEASE, and the earth is simply our host, treating it's sickness by administering coronavirus as a treatment, with the hope of getting rid of us. Either way, we are all humans, and all of us are going to die. There's absolutely NO QUESTION about that. When? Where? How? Nobody knows.

As the Human Race, it will be YEARS- if not Centuries- before we stop existing. Maybe we'll always exist. None of us will find out.

You don't have to agree, but personally, the other options are much more morbid than I care to think about:
That we are so arrogant and stupid, we don't learn from our past mistakes with medical emergencies and mass casualties,
That some government is 'creating' this to trim us down, or distract us from something,
That we aren't strong enough to prevent our future from being cut short by a virus.
These are all things that I have heard EDUCATED people state as an explanation to coronavirus. Maybe one of them is true, and I'm the fool; I hope not.

This much I know: The Centers for Disease Control, the World Health Organization, Foreign and Domestic Governments - each of them commonly acknowledged as the experts in their fields, fields of managing Society -

MOST IMPORTANTLY, WE SHOULD ALL KNOW THAT THERE'S NEVER A TIME WHEN IT IS OK TO FORGET ABOUT HUMAN DECENCY, AND STOP TREATING OTHERS WITH RESPECT AND CONSIDERATION.

Please, especially now, continue to love each other as you love yourself. 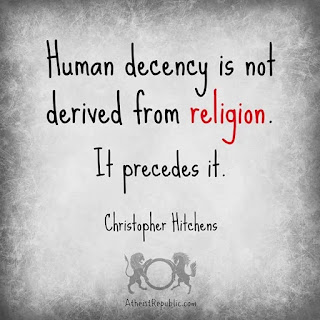